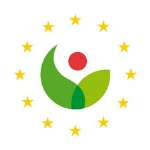 The test case in which the German Federal Supreme Court decided on 13 January 2014 was jointly initiated by Hortis Legal and Genesis Plant Marketing Ltd, both service providers in the field of plant breeders' rights.

The variety at issue was Clematis 'Fond Memories' bred in the United Kingdom by Tolver Gooch Limited Thorncroft. On 23 April 2008 an application for plant breeders' rights in Germany was made by Hortis Legal as the Procedural Representative appointed by Genesis. The application stated that the variety had already been commercialised in the United Kingdom on 1 June 2004, which was less than 4 years prior to the application filing date. The Bundessortenamt rejected the application even though applications had already been accepted by the authorities in France and the Netherlands.

Hortis Legal and Genesis believed that the novelty requirements as set out in the German Plant Varieties Protection Act were not in line with the UPOV Convention and as such did not accord an equivalent treatment to applicants in other UPOV-Member States.

On 13 January 2014 the German Federal Supreme Court decided in favour of Hortis Legal and Genesis Plant Marketing Ltd on the grounds that when establishing whether a candidate variety is NEW at the time an application is made for a grant of plant breeders' rights in Germany, the competent authority - in this case the 'Bundessortenamt' - must comply with the novelty rules set out in the UPOV Convention and not those in the German Plant Varieties Protection Act.

The German Plant Varieties Protection Act stipulates that a variety shall not be deemed to be NEW, if on the date of application, material of the candidate variety has already been commercialised for longer than one year within the territory of the European Union and longer than four years outside the territory of the European Union, or in the case of trees or of vines, six years.

The UPOV Convention on the other hand stipulates that when an application for a grant of plant breeders' rights is made in a UPOV-Member State, the variety shall not be deemed to be NEW if on the date of application, material of the candidate variety has already been commercialised by or with the consent of the breeder for longer than one year within the territory, in this case Germany and four years outside the territory, in this case Germany.

Until this test case was brought, the Bundessortenamt had applied the rules on Novelty laid down in the German Plant Varieties Act and on that basis rejected applications for Candidate varieties which had been commercialised for longer than one year in other EU-Member States. This placed breeder applicants in countries other than Germany at an unfair disadvantage.

The decision made by the German Federal Supreme Court on 13 January 2014 means that from now on the German Bundessortenamt must apply the novelty rules set out in the UPOV Convention.

In the context of the above legal ruling, Hortis Legal and Genesis strongly recommend Applicants who have had one or more applications for a grant of plant breeders' rights rejected in Germany on grounds of Novelty, to review relevant files and, where appropriate, apply to the Bundessortenamt to reconsider their applications. There may also be cases where varieties were not applied for in Germany because of the historical non-conformity of German Law with the UPOV Convention on novelty. These might also be worth reviewing.

For more information about the landmark Decision reached by the German Federal Supreme Court on
13 January 2014, you are welcome to contact:


The full text of the Decision of the German Federal Supreme Court and the English translation are also available on request.
Vorige