How will trademark holders proceed after Brexit?

22/1/2019 | On 28 February 2018, the European Commission published the first draft of the withdrawal agreement. It contains important information for the IP world, but a definitive agreement is currently out of reach.

Brexit will officially become reality at the end of March 2019. Until then, there will be a transition period, which will initially run up to 31 December 2020. What will happen with a European trademark registration when Brexit takes effect on 30 March 2019?

Although the outcome is unclear, several probable scenarios can be mapped out. The vote for Brexit does not have a direct effect on existing registrations. At present, the European trademark and model registrations are valid in all 28 EU Member States, meaning also in the UK. When the British government invokes Article 50 - the official request to leave the EU - a period of two years commences in which the parties negotiate about the conditions of the British departure. EU trademarks and/or EU models will continue to be valid in the UK in the transition period up to 31 December 2020 and no changes will be implemented before that date. That means that the EU trademark registrations will cease to be valid in the UK as of 1 January 2021. After that period, trademark holders in the UK will automatically receive a national UK trademark right that is identical to the EU right, without the need for them to take action. This scheme does not apply to EU trademarks that have been applied for but have not been registered yet, but the holders of these trademarks can apply for a UK trademark right up to 30 September 2021, in which they can claim the EU priority date. As it stands, the UK will agree to the general principle that no rights may be lost. It is conceivable that the UK will continue to acknowledge EU intellectual property rights after the transition period and up to the renewal date, but it is to be expected that a so-called maintenance application has to be filed in order to retain IP rights in the UK.

International organisations, such as Inta and Marques, have indicated on behalf of the business community that they intend to follow the steps meticulously and, where possible, commence lobbying to secure the existing IP rights in the UK for the corporate sector. 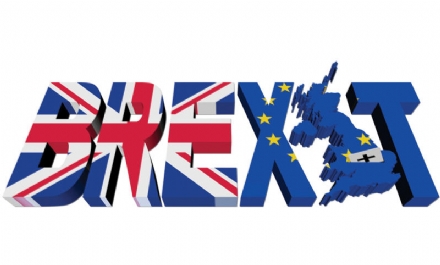